We are one team

We support each other. Through our personal actions, we try to create a place for each individual that is inspiring and contributes to professional and personal development. We support diversity and do not tolerate any discrimination. Meet our researchers.

Researchers from the Research of Advanced Materials Department Dr Saleem Ayaz Khan is a senior research fellow at New Technologies - Research Center, University of West Bohemia, Pilsen, the Czech Republic working under the project “Project Computational and experimental design of advanced materials with new functionalities CEDAMNF” co-funded by the European Regional Development Fund. His research interest includes Ab initio calculations of electronic structure, optical, magnetic and thermoelectric properties of technologically interesting materials. He has vast experience of working on many research projects including the:

Saleem is co-author of the article „Large magnetic gap at the Dirac point in Mn-induced Bi2Te3/MnBi2Te4 heterostructures „ which was published in Nature Research (Publishing) at the beginning of this year. The findings made by a group of researchers could lead to the construction of a quantum computer. Read about Saleem´s work. 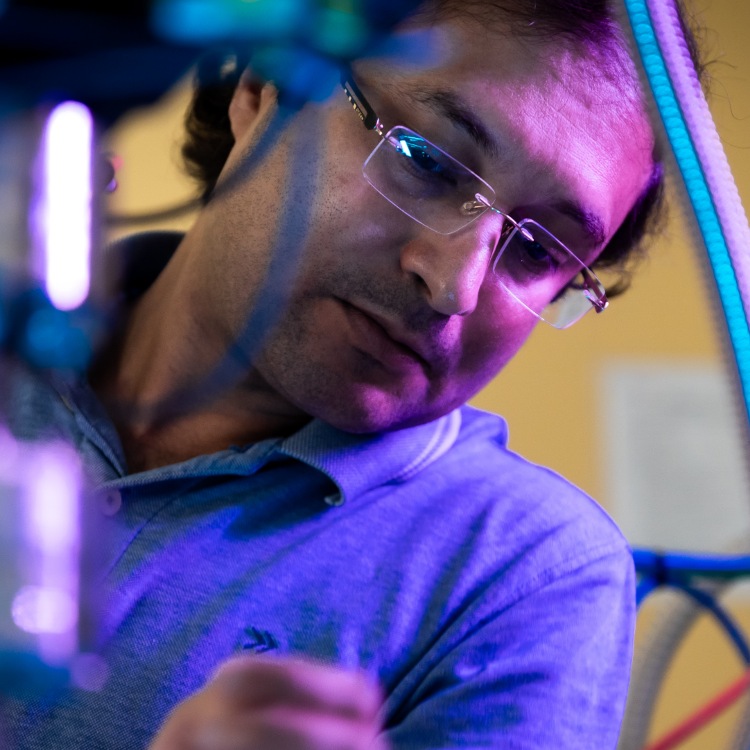 Dr. Sunil Wilfred D´Souza comes from India and currently works in the Research of Advanced Materials team lead by assoc. Prof. Dr. Ján Minár. He is a postdoctoral researcher who specializes in: 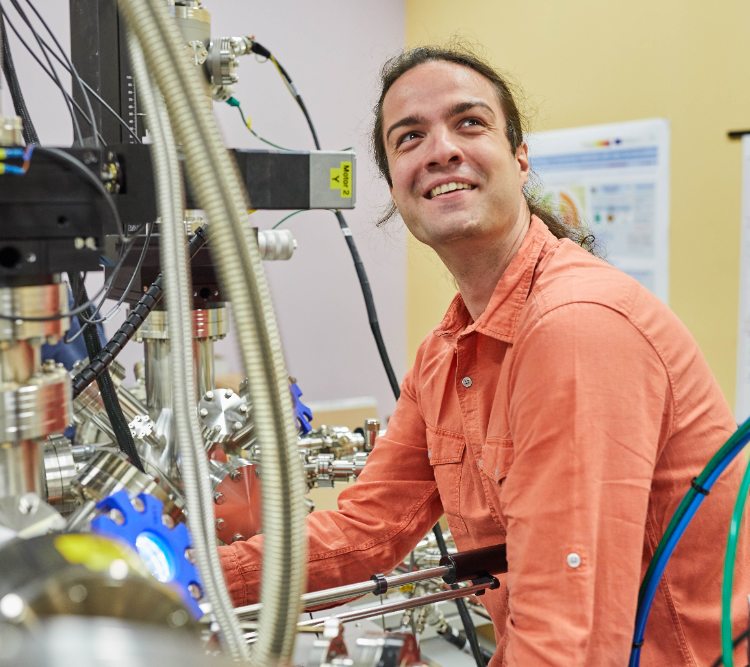 LAURENT CHRISTOPHE NICOLAI is a post-doc working in the Research of Advanced Materials group within NTC. He is responsible for the new SARPES laboratory. Laurent is studying the electronic properties of various materials. In particular, he uses the Spin and Angle-Resolved PhotoEmission Spectroscopy (ARPES) technique, both on experimental and theoretical sides. He studied in France, at Université de Cergy-Pontoise. He did his Ph.D. thesis in a partnership between this university and the Ludwig-Maximilians-University (LMU), in Munich, Germany. The goal of the Ph.D. was to combine both experimental and theoretical sides of ARPES, studying Bi and InBi compounds. During his studies, he met Assoc. Pr. Ján Minár (working at the time at the LMU, in the field of theory) invited him to join the newly founded group at the NTC in order to bring his know-how as an experimentalist. "An important aspect of the position was to keep a strong collaboration with my previous French team: the group of Karol Hricovini. My aim is to establish the new experimental SARPES lab as a key tool in Pr. Ján Minár's group,” he said. Read more about his work.

* SARPES = The laboratory for spin photoemission and the angular resolution was opened at the end of 2019. In addition to basic research, this laboratory can also be used by industry for chemical analysis of materials. For these reasons, NTC is one of the most modern European research centers. 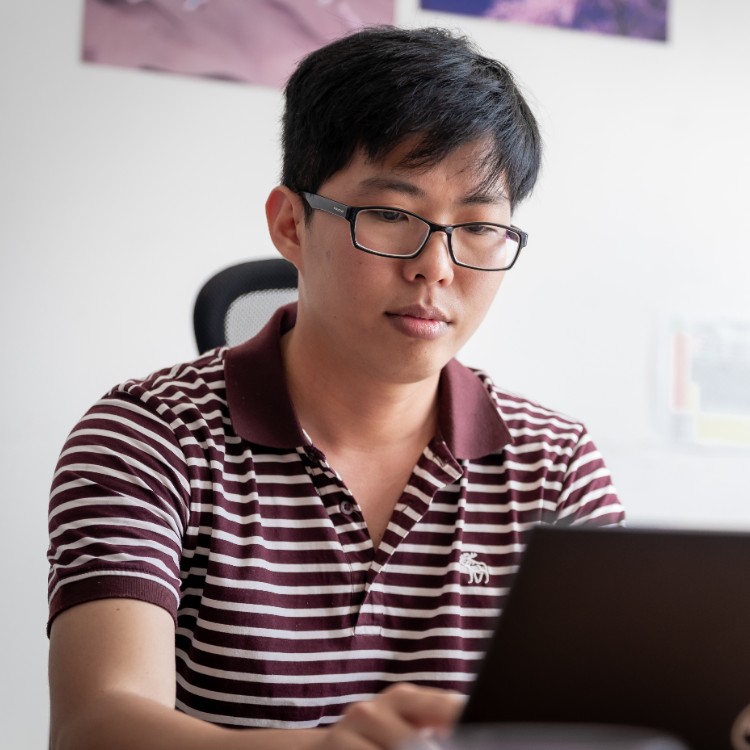 Phuc Trung came to the research institute NTC at the beginning of March this year. It was quite an adventurous beginning, of his scientific career in Pilsen. Thanks to the spreading pandemic of COVID 19 he went just out of caution into self-quarantine.

Currently, as an NTC researcher, he works in first-principles studies of electronic properties and optical response of complex thin-film materials. He studied the bachelor's program and master's program at CanThoUniversity, Vietnam. Furthermore, where he used to work and participate in some projects.

„I opted NTC because of the following reasons. Firstly, NTC will not only help to fulfill my passion for applying physics theories to solving complex problems but also give me the opportunity to leverage my analytical skills and personal experience. Secondly, my supervisor is a high-profile scientist Ján Minár in my research interests, “, he adds to the motivation to work for NTC. Read more about his work.

RESEARCHERS FROM THE DEPARTMENT OF BIOCHEMICAL PROCESSES AND MATERIALS 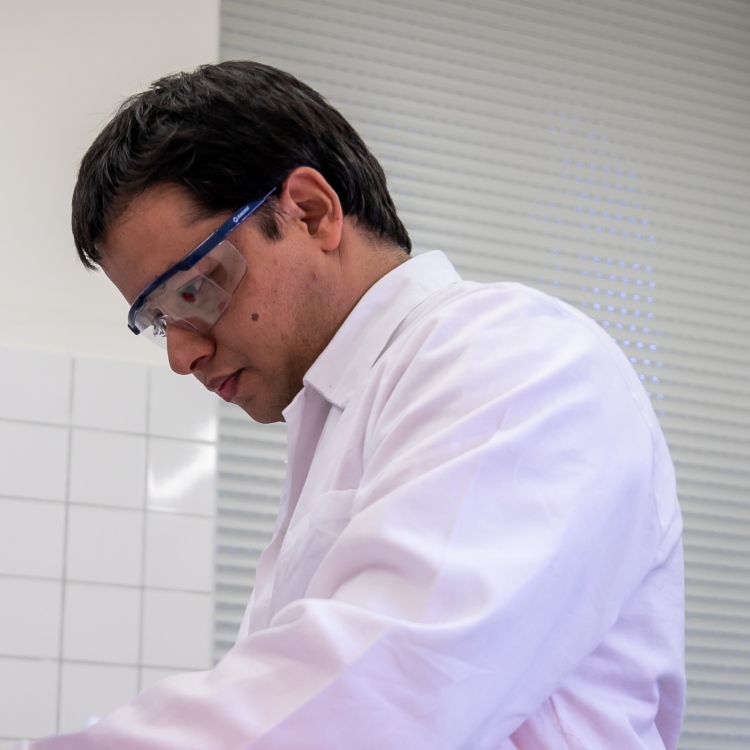 Dr. Kalim Deshmukh comes from India. Kalim´s specialization is 2D materials reinforced polymer nanocomposites for energy storage, gas sensing and EMI shielding applications. Presently, he is working as a postdoctoral researcher on the topic “Sol-gel derived porous bioactive glasses for bone tissue regeneration applications”. Before joining NTC, Kalim was doing his Ph.D. at B. S. Abdur Rahman University of Science and Technology, Chennai, India.
He decided to join NTC because of the interesting topic of the project he was offered. “I really like the working environment we have within our team, it is very pleasant,” he says. As an experienced professional, Kalim would like to get involved in research and development that can be useful in people´s daily life and for society in general. Read more about his work. Meet Mina Ghafouri Azar works in NTC in Chemical Processes and Materials department. She is doing her Ph.D. degree in the biochemical process now.

Before she came to the research center NTC in Pilsen, she studied chemical engineering with a focus on nanotechnology and polymers process in Seoul, South Korea.

„My professional dream is to produce something new about conductive hydrogel which will be useful for biomedical purposes,“ she says. 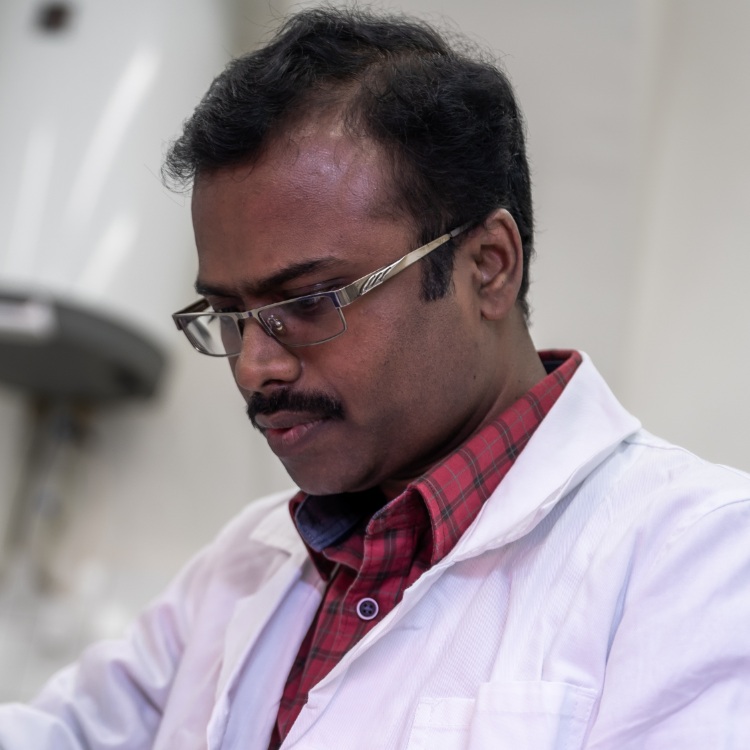 Jagan Mohan Dodda - Senior Researcher at NTC, who specializes in the area of polymer science (mainly membranes, hydrogels, high-performance polymers, etc.)
He completed his doctorate in chemistry from Central Salt & Marine Chemicals Research Institute, India. Later, he did his postdoctoral research at Korea Forest Research Institute and Universiti Sains Malaysia.
Jagan joined NTC in 2011 to work on CENTEM project which involved the development of membranes for PEM fuel cells. „It was an interesting topic and exciting work as fuel cell membranes is crucial due to the difficulty in the availability of commercial membranes and the high cost involved in this technology. "I worked on the project for almost 5 years, and the later project shifted and still I continue to work in NTC. I have spent more than 6 years in this country, and I love the place, culture, people, food, and overall the complete NTC family. I would surely continue to work and give my contribution to the progress of NTC,“ he said.
His professional dream is to do good research work in the field of science and technology and produce some biocompatible products for the benefit of humans and try to save nature in all possible ways. Read more about his work.